"Physical Fitness is the First Requisite of Happiness"
- Joseph Pilates

Anta's Pilates There is a Difference

Anta's Pilates offers professional and personalized Pilates instruction to clients of all ages and athletic abilities. Regardless of your current fitness level and goals, we believe that everyone – from the super-fit, semi-fit and soon-to-be fit – can benefit from Pilates and make its promises a reality. Our intimate studio, with Pilates equipment provides an atmosphere that encourages you to let go of your daily stress, focus on yourself, and achieve your health and fitness goals. We offer private equipment sessions, Semi-private Mve Pilates Chair and group Mat & small equipment classes. Our Pilates classes was voted "Best of Citysearch Top 10" in 2008.

Head instructor Elena Anta is a fully certified Pilates instructor. Elena believes in continual education. She frequently travels to NY to train at the best Pilates studios. She has trained at Dragos (where Romana Kryzanowska teaches), The New York Pilates Studio and Power Pilates in NY. Anta's Pilates is interested in helping people create harmony and balance in the body through Pilates. We are interested in helping people discover a new passion for life through Pilates and we are interested in helping people achieve a better quality of life through Pilates.Whether you are a highly trained professional athlete or just trying to get in shape we can tailor a program just for you. Call us today 305 599-3649 or E-mail us at This e-mail address is being protected from spambots. You need JavaScript enabled to view it to set up an appointment.

Founded in the early 1900's by a German man named Joseph Pilates (1880-1967), The Pilates Technique consists of systematic practice of specific exercises coupled with focused breathing patterns. Done correctly, Pilates safely brings balance, strength, improved posture and flexibility throughout the whole body. Pilates is much more than an exercise method. Joseph Pilates developed his program to create a healthy body, a healthy mind, and a healthy life with balance. He blended many disciplines together to restore harmony and balance on three levels; physically, mentally, and spiritually. Originally, he referred to his work as “Contrology” because he believed that the mind controls the body and the spirit builds the body.

Joseph Pilates’ methods are borrowed from eastern disciplines with contemporary western fitness methods. Pilates emphasizes balancing strength with flexibility for more efficient movement to enhance performance from simple daily activities to sports. He dedicated his life’s work to helping others achieve their full potential in life; he passed his methods on to his students and disciples to be carried into the 21st century impacting the lives of people all over the world.

The following are the benefits of Pilates:

In order to be successful at accomplishing Pilate's movements, you first have to have a solid foundation. This foundation is formed by implementing the Six Principles of Pilates. These six principles are inspired by the work of Joseph H. Pilates during the turn of the 20 th century. All movement is made more bio-mechanically efficient and safe when these techniques are followed in and out of the fitness/wellness industry. Intensity builds and safety insured when:

When these six principles are employed with every movement of our current fitness/wellness level increases.

Pilates is an exercise method developed around World War I by Joseph Pilates. As a young man he moved form Germany to England where he became a boxer, circus performer, and self defense instructor. When World War I erupted he, and other German national, were incarcerated in Lancaster as “enemy aliens”. Pilates influenced the other detainees to follow his exercise regime which he called, “Contrology”. His fitness program was so beneficial that he and his fellow compatriots survived the 1918 influenza epidemic that took the lives of thousands of people. He attributed their survival to their physically fit lungs! Hence, the Pilates Principle of Diaphragmatic Breathing.

Joseph Pilates was later sent to the Isle of Man to work as a nurse orderly caring for the war wounded. One can imagine the condition of many of these soldiers; some had probably grown weak from lingering in hospital beds for months, their muscles atrophied, further inhibiting their potential for recovery. Unable to participate in Pilates’ floor exercises, these men benefited by Joseph’s cleverly designed apparatus to rehabilitate them right from their hospital beds and wheelchairs. Despite whatever injuries the wounded may have had, Pilates was able to strengthen their muscles and restore them to their potential good health.

After the war Joseph returned to Germany but became disenfranchised with the political direction his country was taking. He decided to immigrate to the United States. He met his future wife, Clara, on the ship. Clara was a nurse and they realized that they shared the same interest of wanting to restore the good health of others. When they arrived in New York they decided to open up a physical fitness studio.

Joseph Pilates’ method of physical and mental wellness has been a best-kept secret of the dance and entertainment world since the 1920’s when his studio was discovered by Martha Graham, the mother of modern dance, George Balanchine, the artistic director for the New York City Ballet, and Rudolf von Laban, founder of Labanotation. Dancers such as Hanya Holm and Romana Kryzanowska, along with prizefighter, actors, actresses, and traveling circus performers embraced his methods both for the total body conditioning needed for the rigors of their work and also for rehabilitating the injuries that often plague dancers, performers, and athletes. Today, Pilates has been re-discovered and popularized with many of the Hollywood elite training in Pilates.

Joseph and Clara operated their exercise studio for over 40 years. He had dedicated his life’s work to restoring the health and vitality of others. Gone now for thirty-five years, the essence of his work continues on into the 21st century. 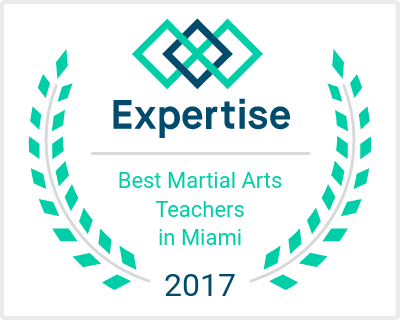